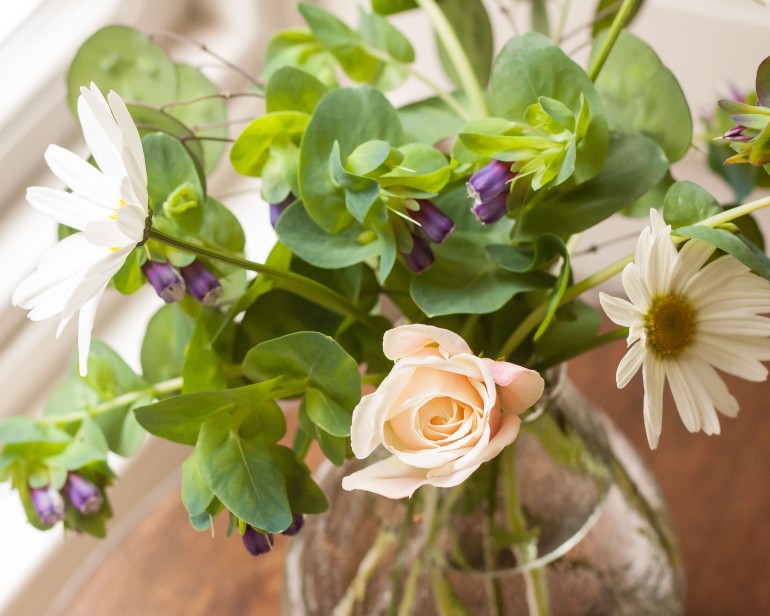 Cerinthe major is a desert-island annual of mine, not that it would survive for very long on a desert island, and even if it did I can’t imagine how a fine crop of it would be of much practical use to me as I attempted to sustain body and soul. I suppose I could while away the lonely hours arranging a few choice stems in a vase fashioned from a coconut shell, which I could place on the windowsill of my bamboo shelter where they would cheer me up no end. But I digress from the matter in hand, which is the matter of Cerinthe and ox-eye daisies in a vase on a Monday, hosted as ever by the desert-island blogger Cathy at Rambling in the Garden. 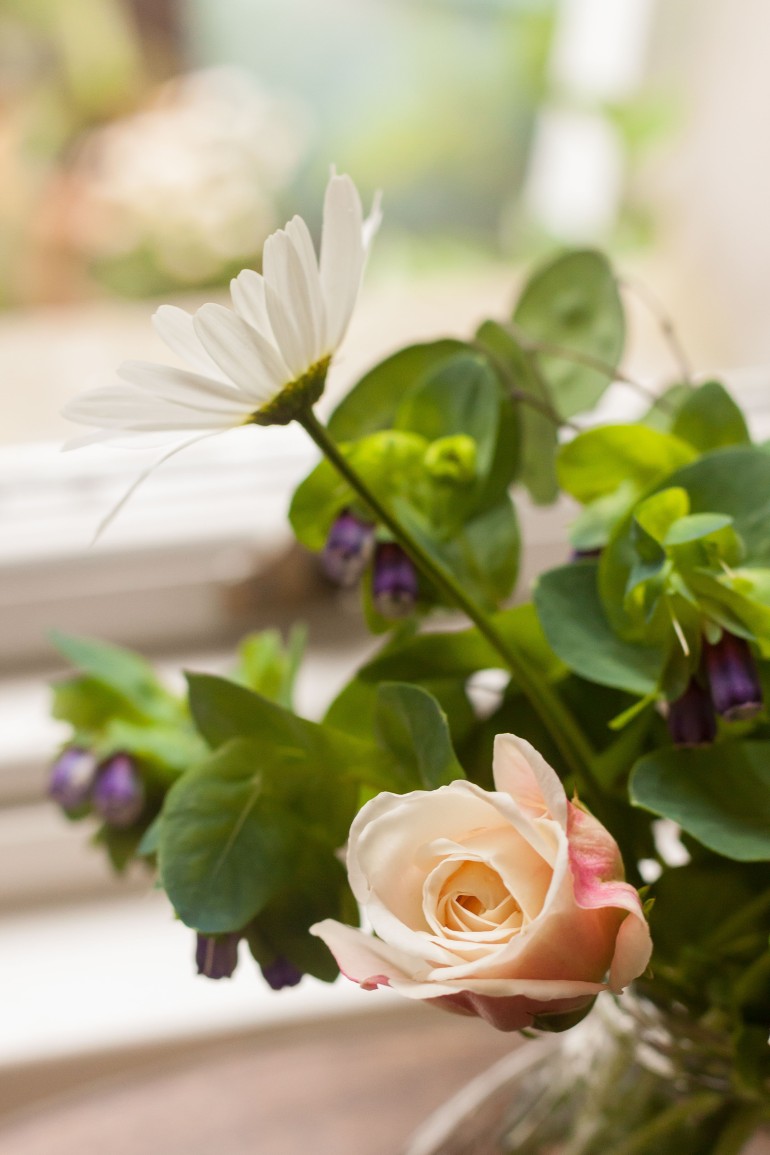 Here in the relative paradise of Midlothian, a fine crop of Cerinthe is not hard to come by. It germinates from seed freely, grows rapidly into strong seedlings, and once planted out in the garden develops into tall, strong and most attractive plants that are seemingly unperturbed by strong winds and rain, attract the bees like nobody’s business, and look jolly handsome in a vase, either on its own or as a lucious backdrop for other blooms. 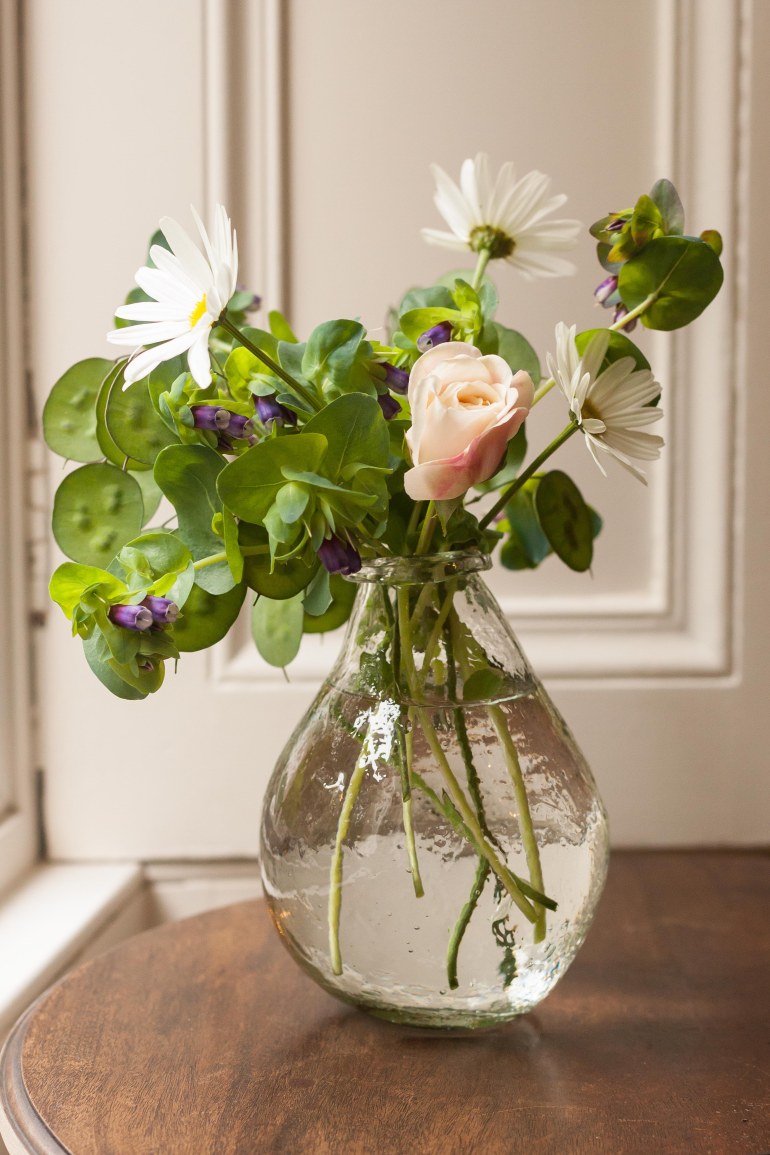 Here I have added a few ox-eye daisies and a rose, ‘Tranquility’ as well as a couple of stems of honesty seed pods. The vase is made of recycled glass and came from Century General Store. 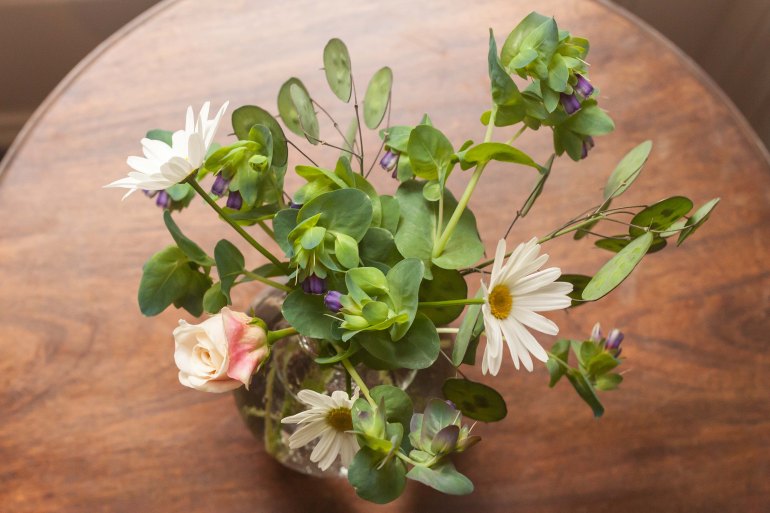 Elsewhere in the house, the smaller sideshoots of Cerinthe flowers that I snipped off the longer stems made for a pretty jug for the bedroom. 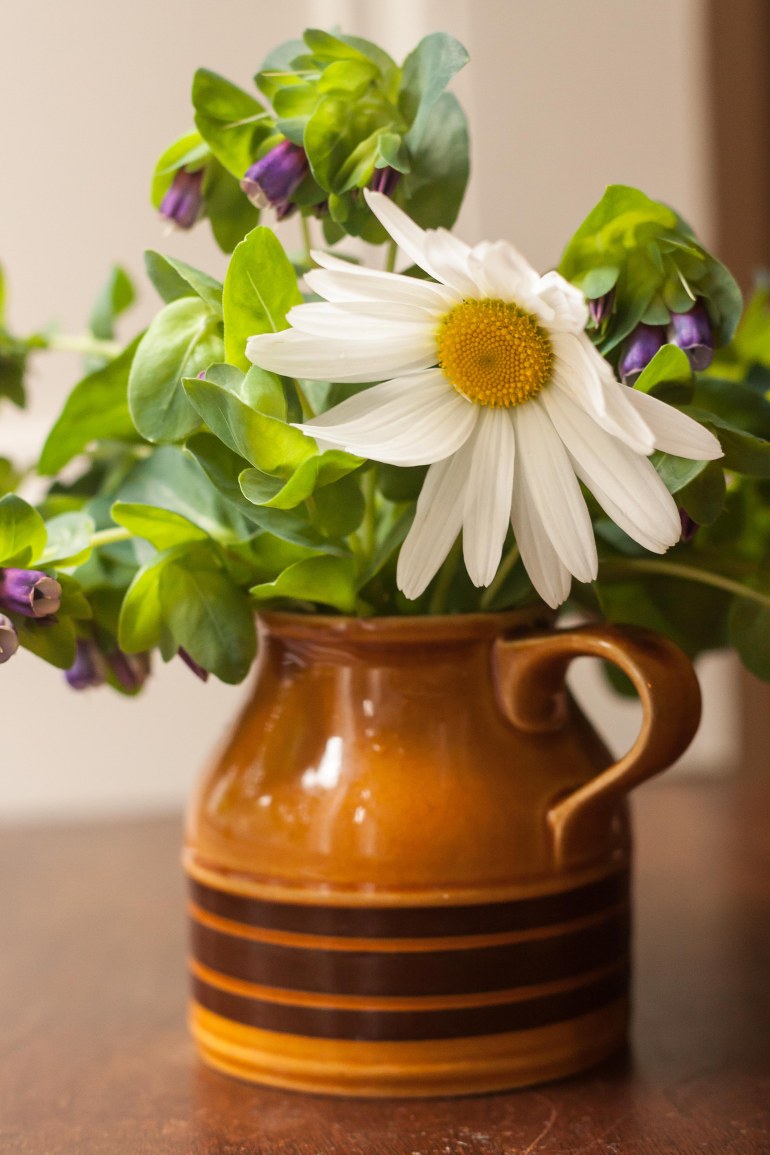 18 thoughts on “Fresh As Daisies” 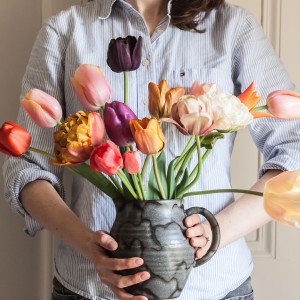 My name is Joanna, and I am an English gardener, writer, photographer and blogger in Scotland. Follow me as I renovate the gardens belonging to my traditional Edinburgh tenement flat. From growing cut flowers and creating beautiful pots, window-boxes and flower borders, to building paths, terraces and even a maze, I hope you find plenty of garden inspiration on these pages.